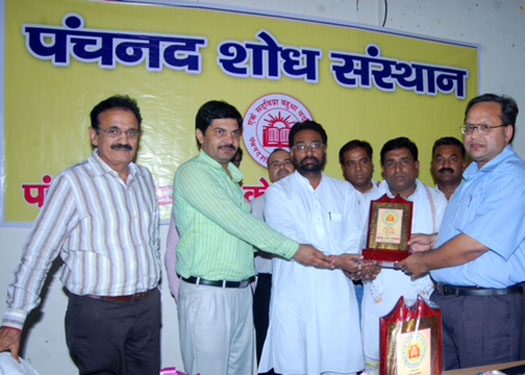 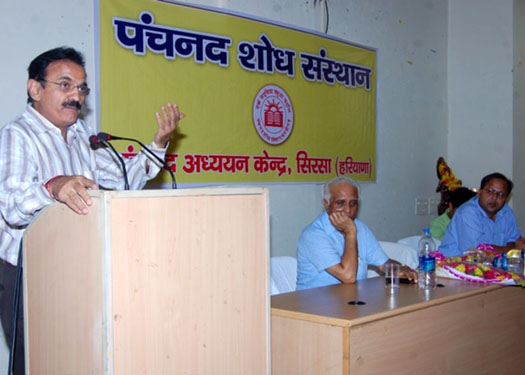 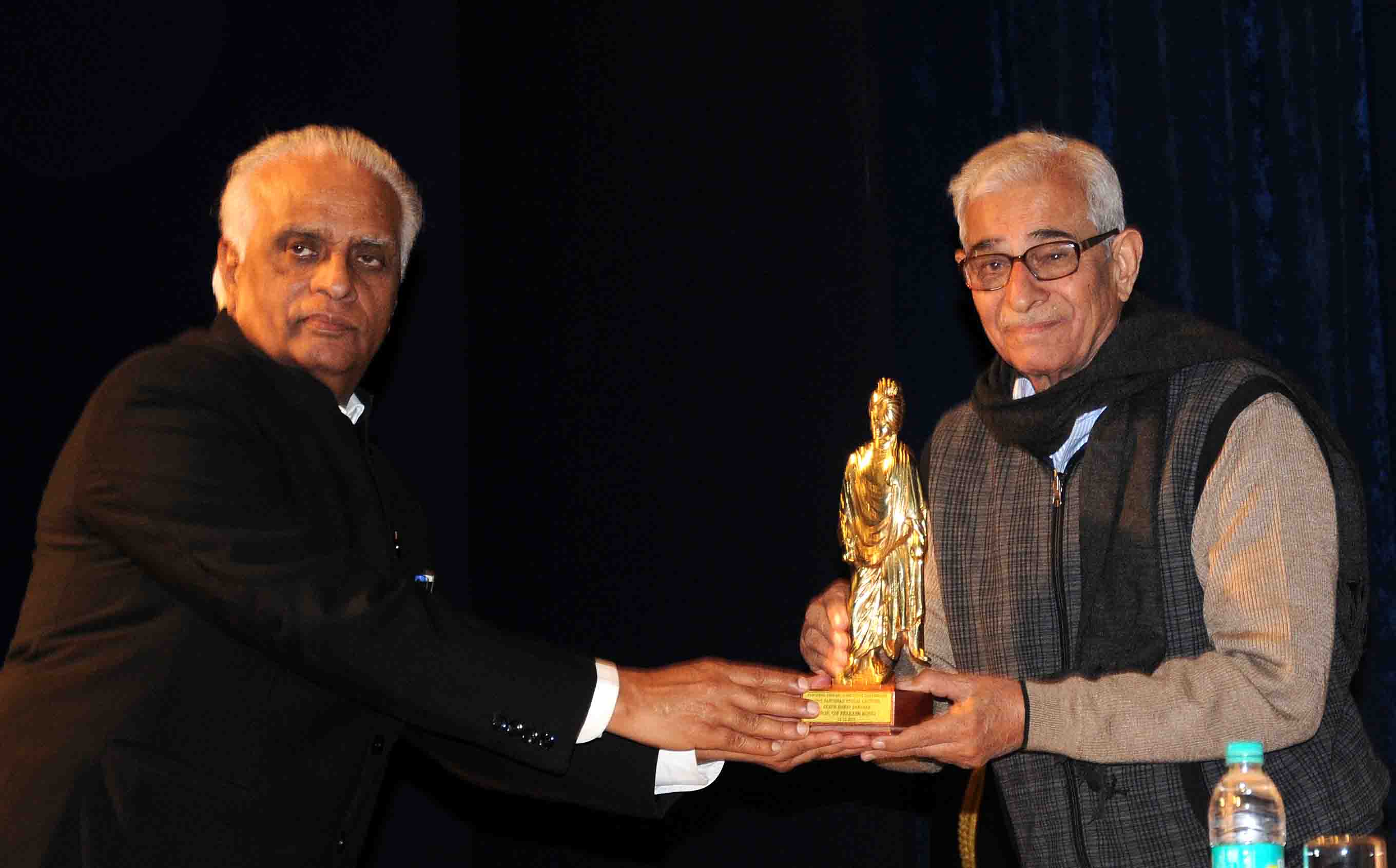 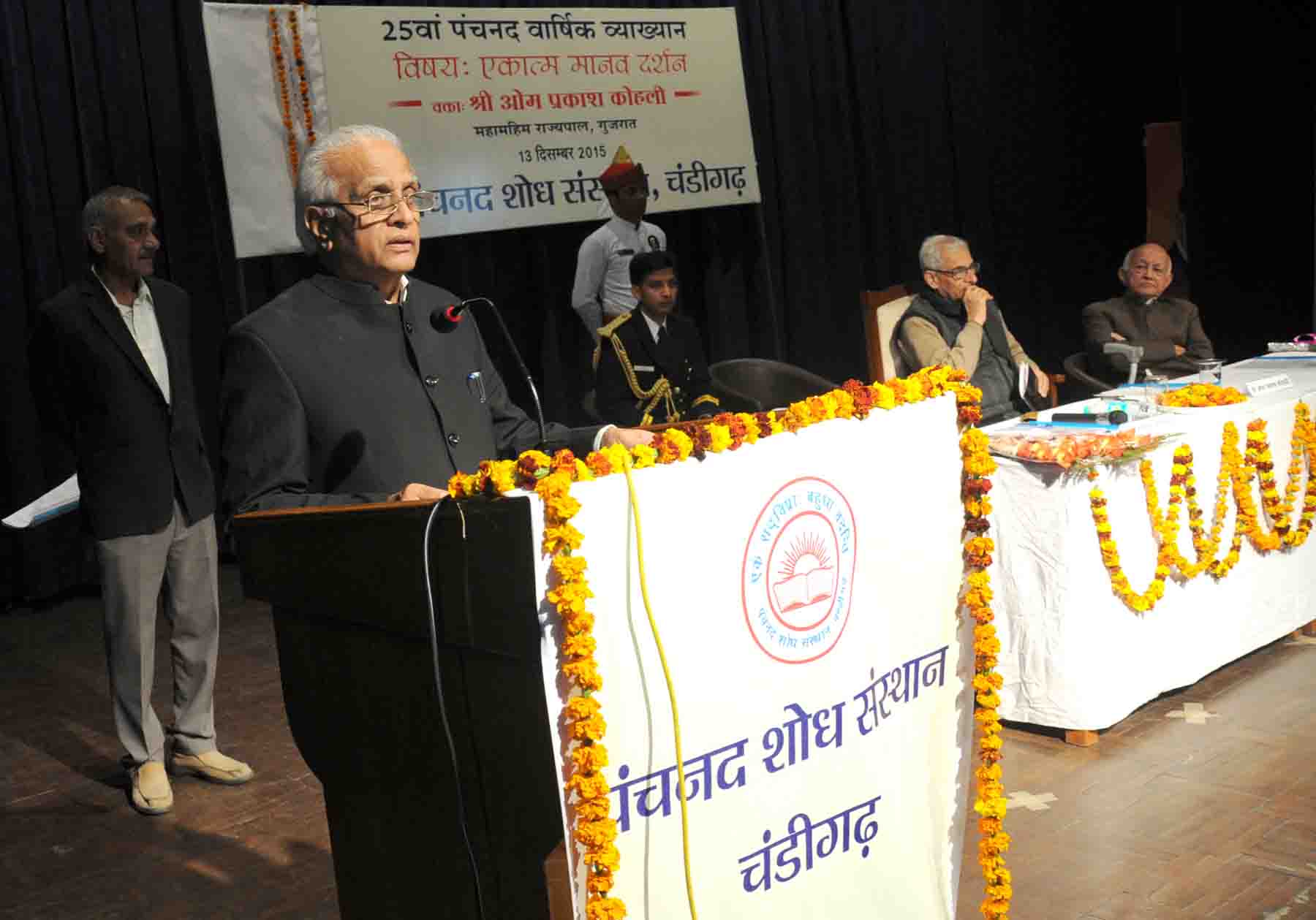 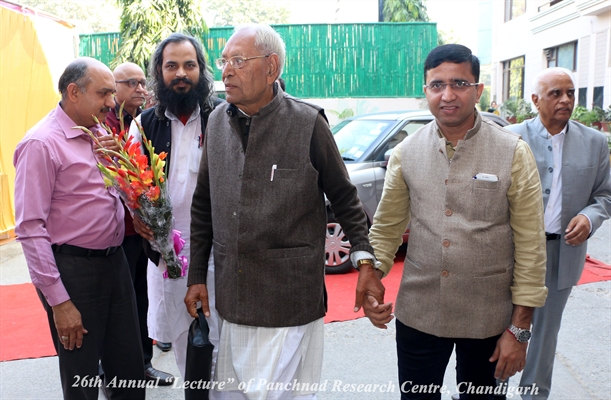 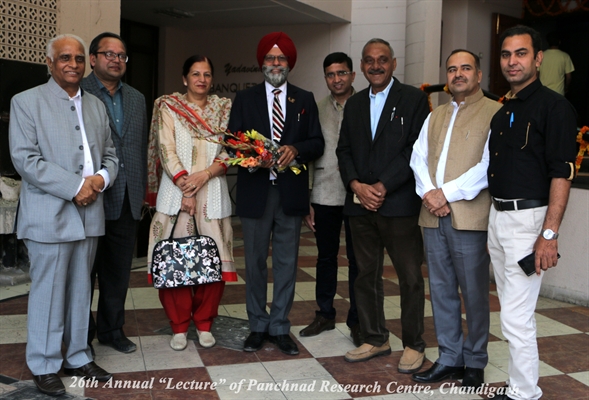 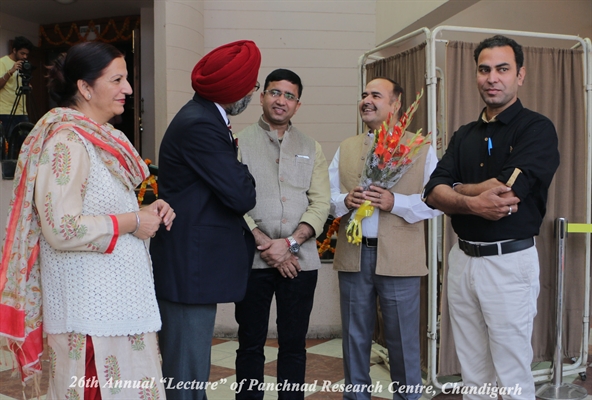 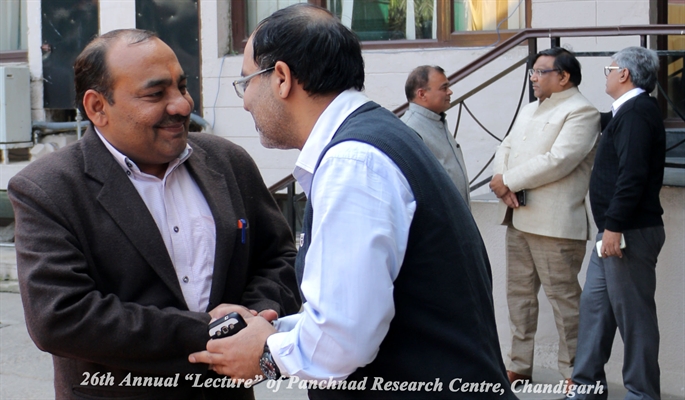 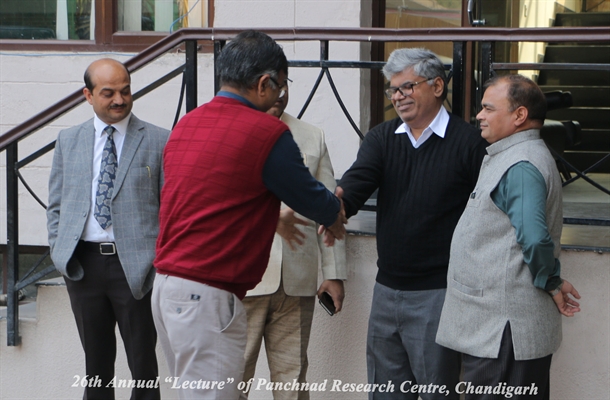 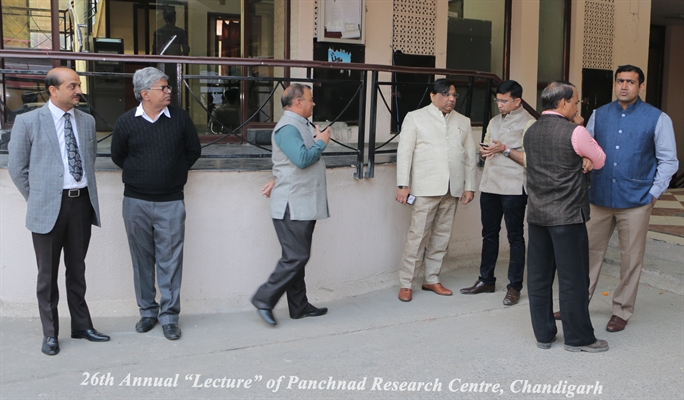 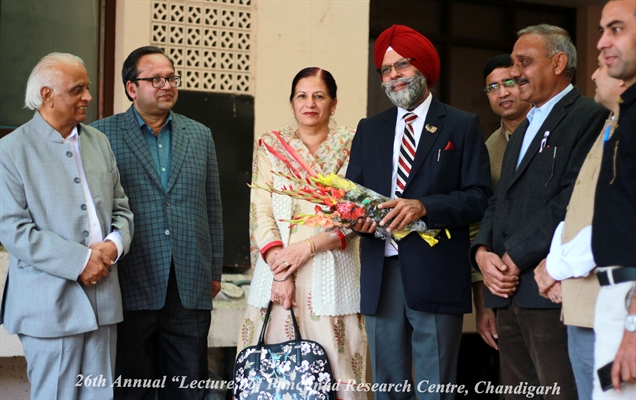 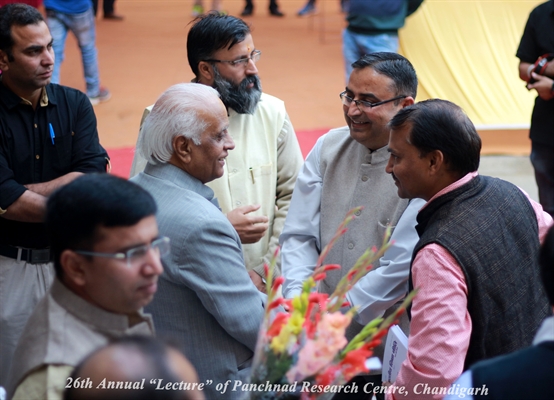 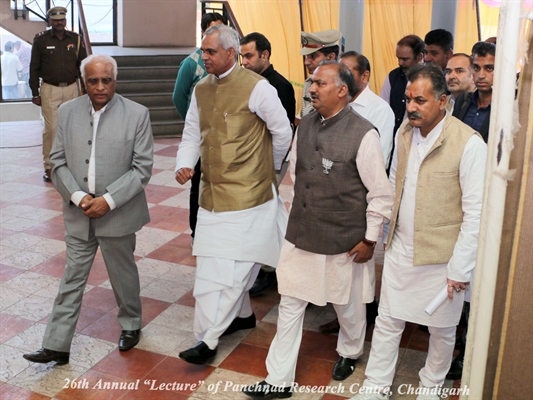 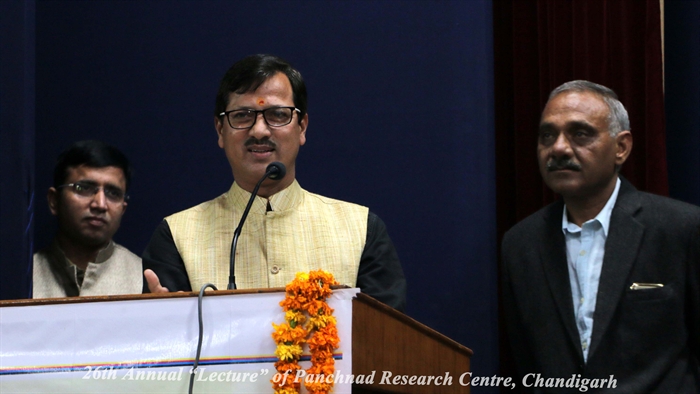 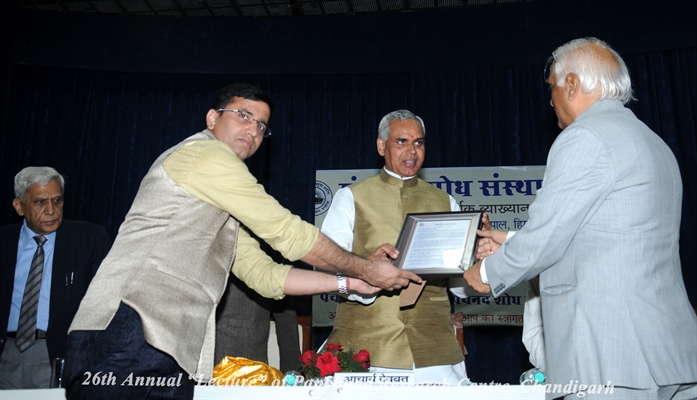 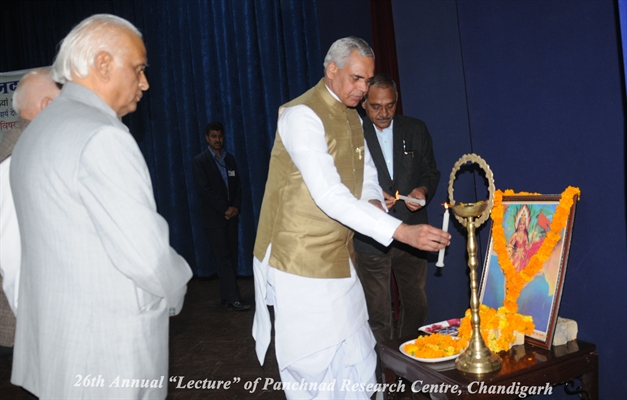 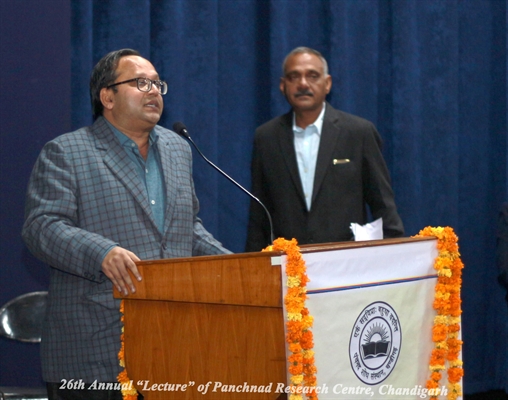 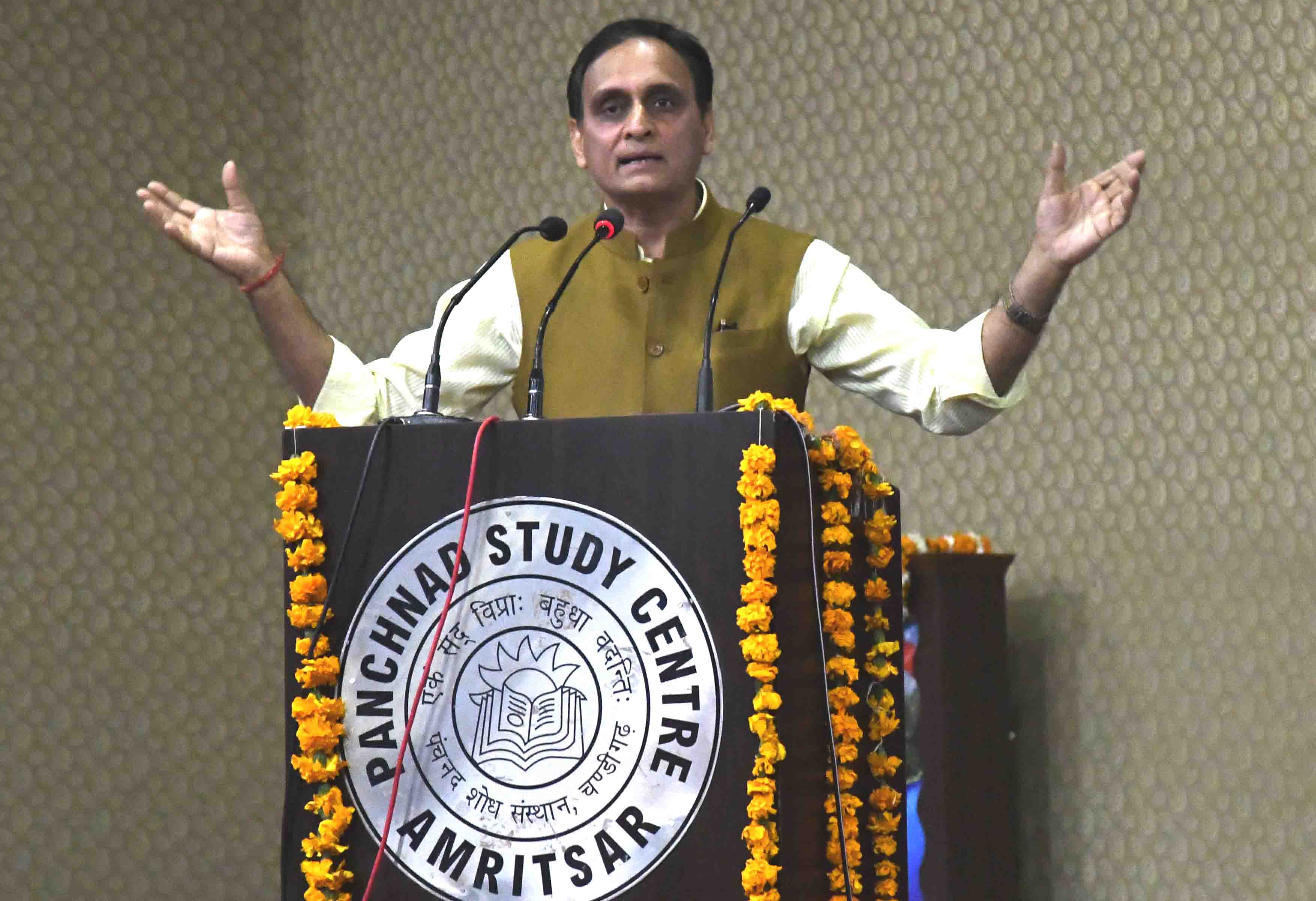 An honest and tireless pursuit of truth in all its manifestations and all fields of social and national life has been the most valued cultural tradition of India since times immemorial. Questioning incisively and thoroughly every postulate, creed or idea before accepting and adopting it has been the main attribute of our intellectual ethos.

It was no fewer than 108 questions of an inquisitive, eager and doubting Arjuna to Lord Krishna that gifted the humanity with Gita, the greatest book of knowledge. A vast galaxy of great thinkers like Gautam and Gargi, Vishwamitra and Vasishtha, Kanva and Kapila, Yagyavalkya and Patanjali, Mahavir and Buddha, Shankar and Ramanuja, Nanak, Kabir, Dadu, Dayanand, Raman, Ramkrishna and Ram Tirtha, carried forward this great tradition and gave India her distinctive identity, and innate sense of civilizational oneness and pride of nationhood.

Intellectuals play a vital role in leading the country to progress and glory in all vibrant societies. They are not only the harbingers of new thoughts but also help integrate the best in a nation’s heritage with modern needs and find apt solutions to contemporary problems.Unfortunately, for quite some time now, our creative intellect has not only become moribund but also lost its direction. Our intelligentsia is ever willing to accept alien ideas and solutions without demur. Many have made it a habit to scoff at any thing Bhartiya – values, heritage, way of life and even products. Meanwhile sociological, economic and systemic problems threaten to disrupt our national integrity and social fabric. It is imperative to find proper solutions to these problems at the intellectual level – solutions that are in consonance with the country’s genius and needs. The intelligentsia can prepare and galvanize the people to face tendencies and forces that threaten our national unity, territorial integrity and social harmony. It can throw up ideas to fight undesirable foreign influences and onslaughts being made in the economic, political and cultural fields in the name of globalization and universalism.

It was against this backdrop that a select group of enlightened intellectuals and professionals from Punjab, Haryana, Himachal, Chandigarh and Delhi held deliberations in several meetings during the year 1983. The group discussed at length the desirability of setting up a platform for a constructive dialogue among various sections of the society. A consensus emerged on the aims, objects and the methodology of the proposed organization that led to the formation of Panchnad Research Institute as a non-profit non-government body dedicated to the service of the motherland. It is registered with the Registrar of Societies, Chandigarh. Justice T.U. Mehta, a former Chief Justice of the Himachal High Court and Shri Shyam Khosla, a senior journalist, were elected its first Chairman and Director respectively. Panchnad has since emerged as a leading forum in the North-West region comprising Delhi, Haryana, Punjab, J&K, Himachal and Chandigarh for free exchange of views and ideas of all hues and persuasions.

The Institute takes up for debate, study and research issues of contemporary interest as well as those of lasting and fundamental importance to the society. The nature of our studies lies midway between academic research and investigative journalism; an informed discourse and analysis guided by objectivity of approach and scientific methodology maintaining a pace that keeps the results relevant. It undertakes field studies and research on issues that concerns the nation and the society. It holds dialogues between various sections of the society for conflict resolution and organizes training camps for journalists and young men and women aspiring to join the profession in the art, principles and ethics of journalism. It brings out an annual research journal and publishes books. Besides, its 30-odd Study Centres spread over the entire North-West region regularly hold gosthees, lectures, seminars and symposia. Intellectuals, scholars and experts are invited to initiate discussion on socially relevant issues that is followed by interventions by participants.

Panchnad Research Institute was formally launched by Shri Prem Bhatia, Editor-in-Chief of The Tribune group of newspapers, in the presence of a large number of eminent scholars, professionals, journalists and social activists at Chandigarh in 1984. Justice T U Mehta delivered a thought-provoking presidential address to outline the aims and objectives of the Institute. Inaugural ceremony was followed by a national seminar on: Is India a nation or a multi-national entity? Former Supreme Court judge, Justice H R Khanna presented an inspiring keynote address. Several eminent scholars presented papers at the seminar.

One of the most successful and socially relevant initiatives the institute took was an in-camera dialogue on Punjab Crisis at Chandigarh in 1986 in which several eminent public figures and scholars from various walks of life participated. Presentation of papers and free and frank exchange of views spread over two days, away from media glare, was more in the nature of introspection than the usual blame game. The focus throughout was on tracing the roots of the Punjab problem and evolving a national consensus to end the alienation of a section of our society. Prominent amongst those who participated were Shri K S Sudershan, Shri Krishan Kant, Sardar Surjit Singh Barnala. Sardar Balwant Singh, Dr Baldev Parkash, Sardar Jagjit Singh Anand, Shri K R Malkani, Shri Prem Kumar, Shri Devinder Swarup, Sardar Maheep Singh, Shri Lajpat Rai, Dr J S Ahluwalia and Shri Naraian Das. Chairman of the Institute, Justice T U Mehta, Director Shri Shyam Khosla and Secretary Shri S P Jain, also participated. Selected papers presented at the dialogue were included in Panchnad Research Journal 1988 with permission from the authors concerned.

The Panchnad Research Institute conducted a field-study on the 1984 anti-Sikh riots in Delhi. A team comprising Shri Shyam Khosla, Shri Krishan Lal Maini, Dr Sunil Khetrapal and Shri Hemant Vishnoi spent a week in the riot-hit areas to produce a comprehensive report that was published under the title ‘Facts Speak for Themselves’. The report was greatly appreciated by all concerned.

Dr B L Gupta and Shri Hemant Vishnoi painstakingly studied the phenomenon of Pakistani infiltration in the border areas of Rajasthan. Their report was published and circulated widely. It was later incorporated in the Panchnad Research Journal 1989.

A team comprising two senior journalists Dr N K Trikha and Shri Shyam Khosla and two academics Dr B L Gupta and Dr K S Arya conducted a detailed field study into Christians-Vanvasi clashes in Dangs district of Gujarat in 1999. The team’s findings were published in book form and a signed copy of the same was presented to Union Home Minister Shri Lal Krishan Advani. The book was released at a public function, presided over by Justice D S Tewatia, former Chief Justice of Calcutta High Court, at New Delhi in which a large number of Christian missionaries were also present. It was widely circulated in India and abroad.

The Institute organized two major training programmes for young journalists and young men and women aspiring to join the profession. The first one was a week long workshop-cum-training camp at Hisar on “New Trends in News Reporting and Newspaper Production” in collaboration with the Department of Communication Management and Technology of Guru Jambheshwar University, Hisar in 1997 in which 31 budding journalist from Haryana, Punjab and Delhi participated. Veteran editors, journalists, academicians and social activists conducted the programme.

The second a three-week training camp on ‘Media Writing’ was held at Shimla in collaboration with the Department of Journalism and Mass Communication of the Himachal Pradesh University, Shimla in September-October 2002. Twenty-one young journalists from Punjab, Haryana, Himachal and Chandigarh participated in the workshop. The workshop was inaugurated by Himachal Pradesh Governor Shri Suraj Bhan. The emphasis during the training programmes was to merge media ethics with the news writing and allied professional skills. A number of practical sessions were held. Several eminent editors, senior journalists and renowned academics were invited as resource persons to interact with the trainees. Prominent amongst those who conducted the sessions were Prof. B K Kuthiala, Shri R S Sharma, Prof Vepa Rao, Ms Mohanmeet Khosla, Shri Shyam Khosla, Shri Ashok Malik, Shri Ajay Srivastava, Dr Vir Bala Aggarwal, and Shri R S Pathania.

The Institute has been regularly organizing well-attended and highly applauded seminars on issues of profound national interest. Luminaries from different walks of life have been invited to participate. Some of the notable seminars have been on subjects like Terrorism in Punjab, Relevance of Hindutava, Electoral reforms, Implications of the developments in East Europe (1990), Kashmir problem, Secularism in the Indian context, the Presidential versus Parliamentary forms of government, Supreme Court judgment on Ayodhya, Constitutional and political implications of the Supreme Court orders in the Hawala case, RSS and social change, India-China relation, India a nation or a multi-nation entity?, Minorities – A conceptual study, Politics of reservation, Relevance of pre-election surveys and exit polls, Disaster management, Religious demography of India, Commercialization of education, Distortions in Indian history, Controversy over school text books, Tibet and Indian security, Dr. K Hedgewar and Freedom movement, Indian security scenario, Guru Granth Sahib – A document of Human Welfare, Mahatma’s assassination and its aftermath, Credibility & accountability of media, Social harmony, Judicial accountability, Social accountability of medical practitioners, Future of Tibet and Challenges before Hindutva.